Lake Erie Walleye Fishing: Although the overall number of Walleye in Lake Erie remains lower than fishery biologists would like to see, there is still a healthy number of fish throughout Lake Erie’s three basins. The western basin provides spring spawning grounds and hatching areas for most of Lake Erie’s Walleye. The central basin offers deeper and cooler water where Walleye are found during mid-summer. The eastern basin contains the deepest water and is home to mature Walleye during late summer and also the final destination for fish making their annual migration. This year as we begin our charter fishing season in late March, anglers aboard the Tommy C boats should expect to see good creel numbers of Walleye from the 2007 hatch. Fish ranging in size from 19 to 22 inches will be most common with occasional larger fish from previous hatch years dating back to the late 1990s. Many of these larger fish will be from the enormous 2003 hatch and will range in size from 27 to 31 inches. 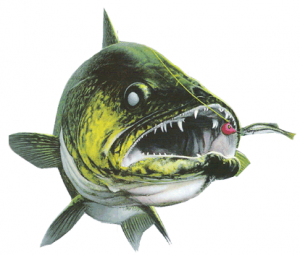 How will we catch them this year? In late March/early April we will begin fishing on the many reefs and hard bottom shallow water structured areas of the western basin casting hair jigs tipped with minnows. We will fish these areas until late April/early May. Then the Walleye action will move to the areas around the Bass Islands with the fish still responding to jig fishing tactics and now also to casting night crawler harnesses as the water slowly warms. By mid-May the ever warming water will permit trolling which has gained in popularity with Walleye charter groups as it can be a very productive method for harvesting good–often limit–numbers of fish. We will use this method (as well as casting for anglers who prefer that method) through mid-August.

Overall I expect to see another good year for Walleye anglers on Lake Erie. The prime times for harvesting Walleye in the western and central basins of Lake Erie including Canadian waters are late March just after the ice has melted through late April (jig fishing) and late May through July (casting and trolling). Trolling will likely remain the best method for limit catches on a day-to-day basis. Lake Erie Walleye daily limits will be set on May 1 each year. Prior to that time, regulations from the previous season will apply. As of this writing the daily limit per angler for Lake Erie Walleye is 4 fish from March 1 – April 30 and 6 fish from May 1 – last day in February. A minimum size limit of 15 inches also applies.

Please Note: We gladly accept credit or debit cards for your charter reservations without any associated fees. However all final payments charged to MasterCard, Visa and debit cards will be subject to a 2.25% processing fee, due the fees that are charged to us.
We are very sorry for any inconveniences. 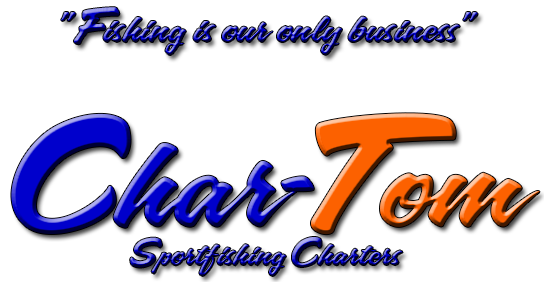 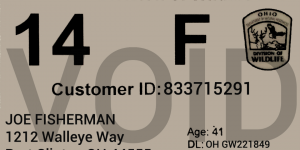 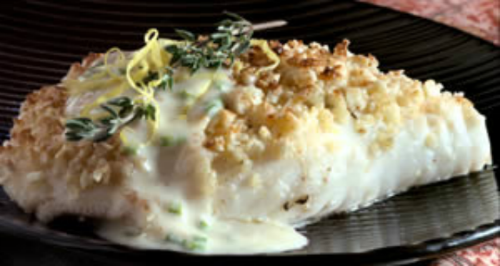 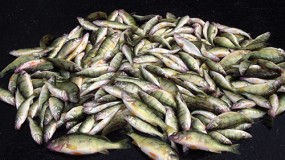 Question: Where can you find the best Walleye, Smallmouth Bass, and Perch fishing in the United … END_OF_DOCUMENT_TOKEN_TO_BE_REPLACED 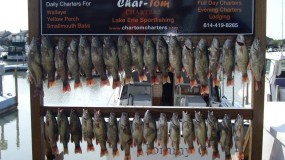 The FAQ's About Choosing A Lake Erie Charter Boat   Q. How do I book a fishing trip? A. … END_OF_DOCUMENT_TOKEN_TO_BE_REPLACED 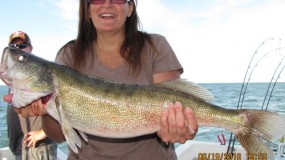 How to Book a Fishing Trip! Booking a fishing trip is easy! Simply contact our office by phone … END_OF_DOCUMENT_TOKEN_TO_BE_REPLACED 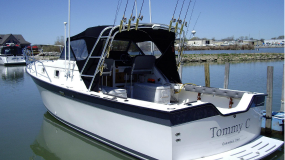 The Tommy C Our 30-foot Luhrs Custom Sport Fisherman is the ultimate in fishing machines. Is … END_OF_DOCUMENT_TOKEN_TO_BE_REPLACED